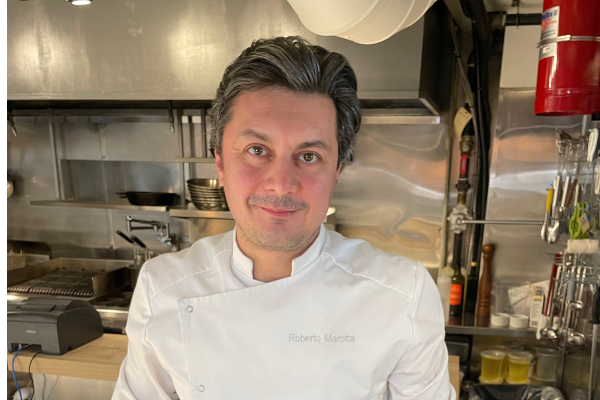 Chef Roberto Marotta is a talented chef who was the head of his family’s restaurant, he takes pride in his trademark cooking style and reverence for the art of Sicilian cuisine. After meeting his wife in his hometown of Milazzo, they moved to Canada to start a family and business. His first restaurant Ardo Restaurant, was named after his son who had difficulty pronouncing his full name, Leonardo. He has also launched Vivi Imports Corp. after his daughter Vivienne, to bring the finest ingredients from Sicily’s shores to Canada. He has extended his hospitality to his second restaurant Dova Restaurant. With his unique and distinct cooking techniques Chef Roberto Marotta adds vibrancy with his Sicilian cuisine to Toronto’s restaurant scene.

Check out his Broccoli Arriminati recipe!