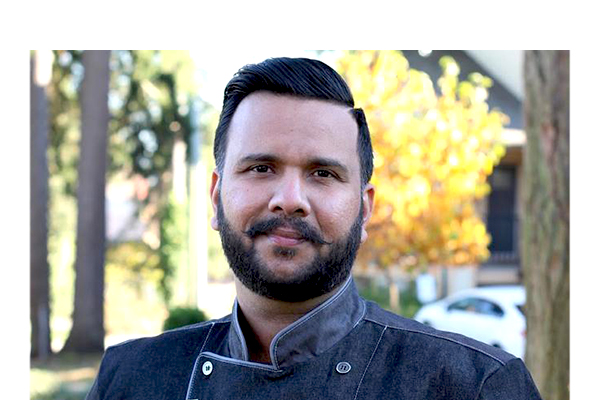 Chef Baldeep’s food journey began in the year 2003 in Kolkata. His passion was passed on from his mother, Kamaljeet, who always welcomed him to help in the kitchen. She first taught him how to make a delicious and perfect cup of chai. He then began experimenting by making French toast when he was 8 years old. When you have a cup of Chef Baldeep’s chai, you will remember home. Chef Baldeep’s career began with an Internship in India at the ITC Mughal Sheraton Agra. He then worked at Hyatt Regency in Kolkata and transitioned to the Taj Holiday Village Resort in Goa. In New Delhi, he was chosen to lead the pre-opening team at Hilton Garden Inn as Chef de Partie.

Chef Baldeep was Rated as a 5* Chef by Indian’s Top Food Critic Maryam of the Hindustan Times. He has also prepared many meals for the Premier of Punjab, Captain Amrinder Singh. When he arrived in Vancouver, his first hands-on experience in bringing his culinary skills to Canada was at the restaurant formerly known as Palkee, today called Sula. After grounding himself in a new country and seeing all the different opportunities, he was ready to develop strong roots where he could prepare fine Indian cuisine. In 2010, Fairmont was in search of a highly experienced, knowledgeable chef in Indian cuisine. They found that person in Chef Baldeep as someone who understood the level of service required at such hotels and he became their Chef de Partie at the Fairmont Hotel Vancouver.

To learn more about him check out his video presented at the Whitby Artistic Food Expo!